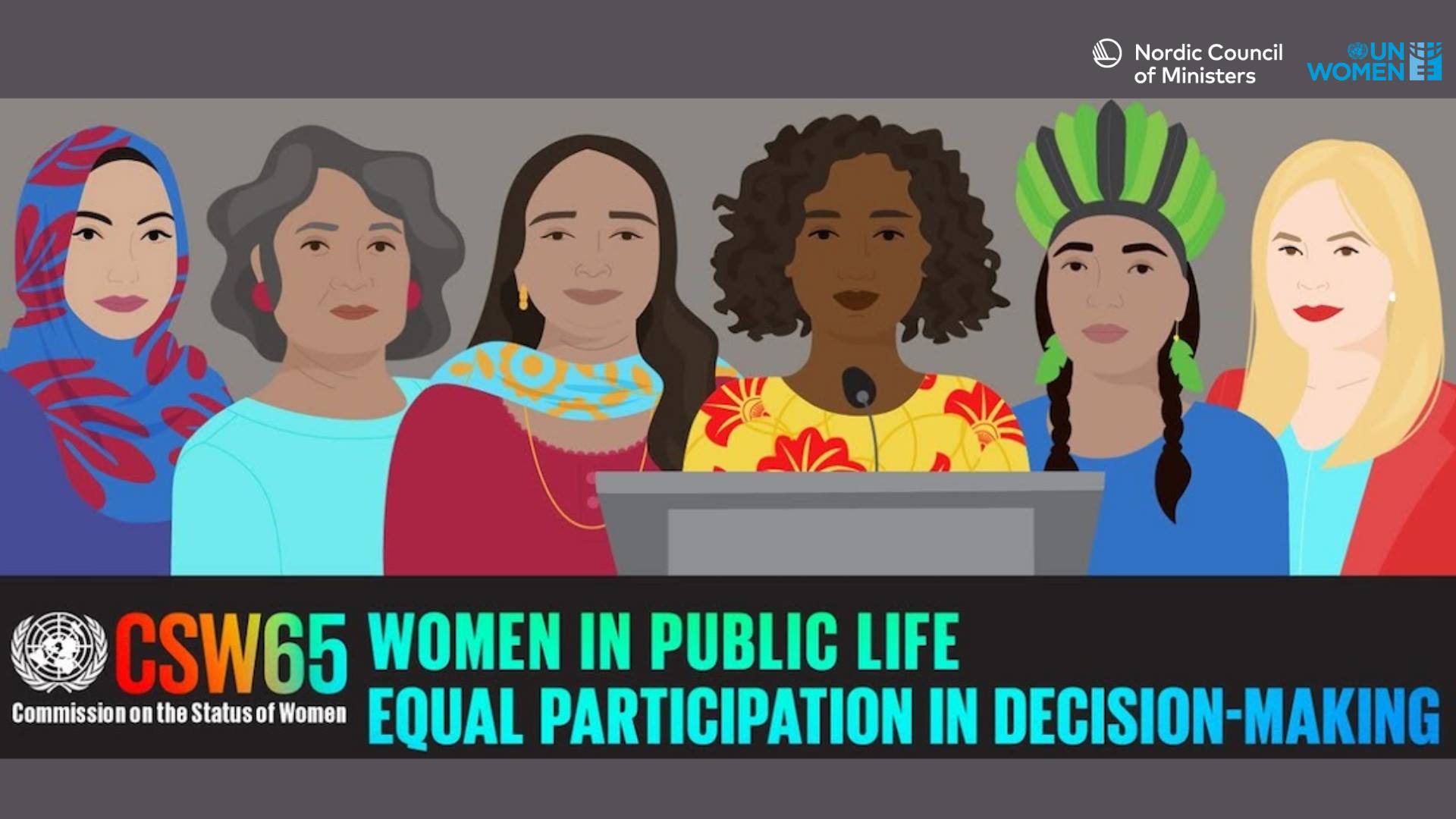 Online UN Women event: The Shrinking Democratic Space: Who is heard and who decides?

The event features prominent and diverse voices from across the Nordics including:

Public life in the Nordics is not accessible to everyone. Who is heard and who decides? This event scrutinizes gender inequalities in public life, politics, and media, where women and gender diverse people are still excluded.
Daily, women in all their diversity face harassment, hate and structural barriers when participating in democratic spaces. Gender equality cannot be achieved, and democracy cannot be secured unless public life and decision-making include everyone.

The CSW is an annual international summit on gender equality, usually bringing 30,000 people to the UN headquarters. This year, we bring CSW home, discussing the theme: “Women’s full and effective participation and decision-making in public life, as well as the elimination of violence, for achieving gender equality and the empowerment of all women and girls”.

The event is live-streamed here.