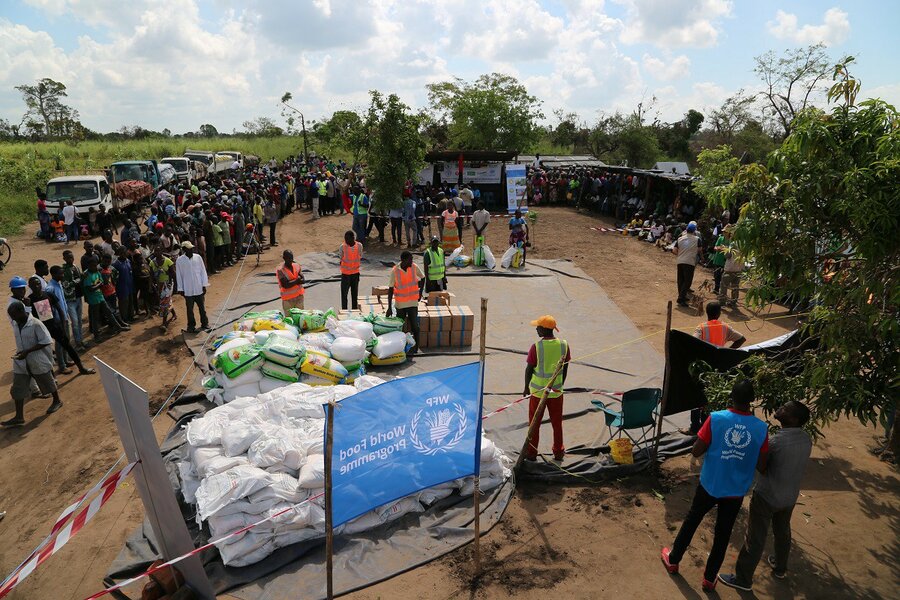 What is COP26? The big UN climate change summit for beginners

As global powers meet in Glasgow, the World Food Programme joins humanitarian organizations daring to hope for decisions that will save millions from hunger

Conference of the Parties – the annual meeting of countries signed up to the United Nations Framework Convention on Climate Change (and it takes place 31 Oct-12 Nov).

Duh, governments! (Perhaps they thought ‘parties’ would bring in more young people.) Specifically, those signed up to the UN’s climate change objectives. Once a year they meet up to discuss how to address the world’s climate crisis.

So I guess it’s been a case of good cop, bad cop.

Sorry. What’s the 26 about. Were there 25 preceding ones?

Shouldn’t it be Cop27 then?

Oh stop being so clever – last year’s was postponed due to Covid. This year’s is being hosted in Glasgow by the UK and Italy.

And what does it mean?

Well, to say it doesn’t look good would be an understatement. But the good news is…

… there is still a chance of limiting warming to a 1.5°C rise on pre-Industrial Revolution levels, which makes action now critical – with an emphasis on the NOW. Fortunately, most countries have signed up to the Paris Agreement.

So what’s the challenge

To achieve ‘net zero’ – where we don’t produce more emissions than we remove from the atmosphere – by 2050; also by 2030, current global emissions need be chopped in half.

Yes. The climate crisis impacts all parts of the global food system – from production to consumption. It destroys land and crops, kills livestock, depletes fisheries, and cuts off transport links to markets. This impacts food production, availability, diversity, access and safety. At the same time, food systems impact the environment and are a driver of climate change

So what does WFP want to happen at COP26?

We want governments and donors to commit to urgent global action that: restores degraded ecosystems to act as natural protection against climate change; protects the most vulnerable; anticipates climate hazards so we can act early and…. re-energizes food systems to stop deforestation and cut carbon emissions.

Doable. Now, tell me all of the above in ten words

The climate crisis is here. We need global action now.