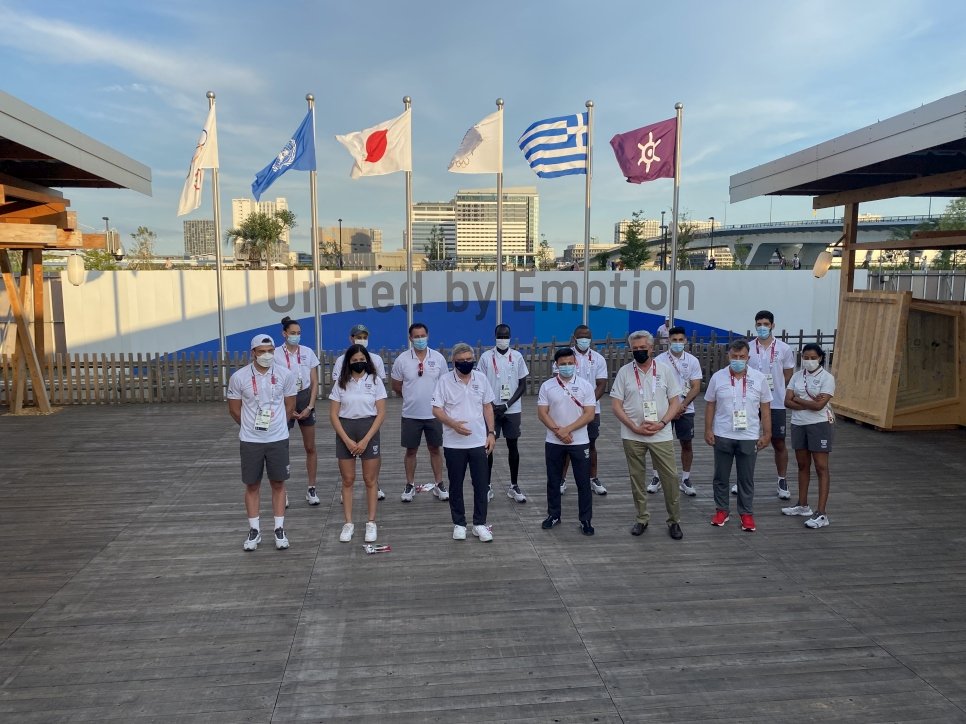 In his message shared on social media as the opening ceremony began, Grandi reflected on the remarkable personal determination and perseverance of the refugee athletes in an unprecedented year and wished them every success.

Grandi is in Tokyo this week to meet and show support for the members of the IOC Refugee Olympic Team.

“It was my joy and privilege to meet some of the 29 athletes of the IOC Refugee Olympic Team this week and share with them some encouragement on behalf of UNHCR, the UN Refugee Agency.

These inspiring young people have overcome immense challenge, forced displacement and significant setbacks to embody the hope and aspirations of the world’s more than 82 million forcibly displaced people on the Olympic stage. I will be cheering for them as they compete in their chosen sports and hope they can make it all the way to the podium,” said Grandi.

The Tokyo 2020 IOC Refugee Olympic Team includes refugee athletes competing in 12 Olympic disciplines. Together, they send a powerful message of solidarity and hope to the world and draw attention to the plight of all those who have been uprooted by war and persecution.

This is the second time a Refugee Team is participating in the Olympic Games, following the first appearance at the Rio Olympic Games in 2016.

As part of its more than 25-year partnership with the International Olympic Committee (IOC), UNHCR works with the IOC and the Olympic Refuge Foundation (ORF) to harness the power of sport to help create a world where every person forced to flee can build a better future.

Full message from the High Commissioner to the Refugee Olympic Team:

This unprecedented year has seen us through some extraordinary events. The pandemic continues to remain a challenge. You, of course, are familiar with adversity – you have surmounted many difficult obstacles in your journeys to where you stand today.

You are here through your determination, perseverance and conviction. You are here to compete with the best of the best.

So on the eve of the XXXII Olympiad, I salute and celebrate you all as you prepare to represent the refugees and displaced people from all over the world – not just one nation; to represent the true essence of the Olympic Spirit.

On behalf of UNHCR, of our partners, and of all those who support the refugee cause, let me wish you success and fulfillment. We are humbled by your courage and talent!

I salute their vision and determination in making this happen.

We believe – and we know you believe – in the power of sport to change lives. To heal, to bring hope.

We stand beside you. Be aware that we are all cheering loudly, from all corners of the world.

•  For images of the athletes for media press here

•  For The Journey video, depicting the stories of the Refugee Team, click here