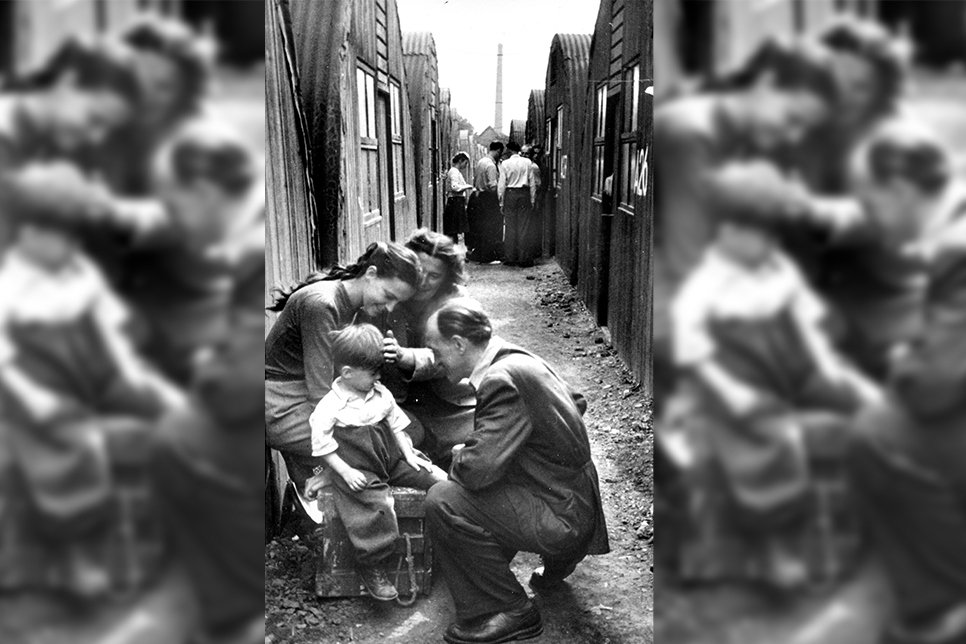 Refugees from Eastern Europe pictured in a camp in Germany after World War Two. At UNHCR’s creation in 1950, an estimated 1.25 million refugees were under its mandate.  © UNHCR

Today marks the 70th anniversary of the 1951 Refugee Convention, a key international treaty establishing the rights of people forced to flee. UNHCR, the UN Refugee Agency, says that recommitting to its spirit and fundamental principles is more urgent today than ever.

“The Convention continues to protect the rights of refugees across the world,” said Filippo Grandi, the UN High Commissioner for Refugees.

“Thanks to the Convention, millions of lives have been saved. Seventy years since it was drawn up, it is crucial that the international community defends its principles.”

He expressed alarm at recent attempts by some governments to disregard or circumvent the Convention’s principles, from expulsions and pushbacks of refugees and asylum seekers at land and sea borders, to the proposals to forcibly transfer them to third states for processing without proper protection safeguards.

Speaking 70 years to the day after the 1951 Convention Relating to the Status of Refugees was presented to states for signing, Grandi said the treaty was a crucial component of international human rights law and remained as relevant now as it was when it was drafted and agreed.

“The language of the Convention is clear as to the rights of refugees and remains applicable in the context of contemporary and unprecedented challenges and emergencies – such as the COVID-19 pandemic,” Grandi said.

Both the 1951 Refugee Convention and the more recent Global Compact on Refugees call for international cooperation to find a range of solutions for refugees.

Grandi stressed the need for the international community to uphold the key principles of refugee protection as laid out in the Convention, including the right of someone fleeing persecution not to be sent back into the path of harm or danger.

The 70th anniversary of the Refugee Convention comes only a few months after UNHCR itself marked seven decades as the world’s mandated organisation for the protection of the forcibly displaced.

To read more about the 1951 Refugee Convention, click here.

To find out more about the Global Compact on Refugees, click here.

For material from UNHCR’s archive on Refugees Media, follow this link (you may need to register to login, which is free).