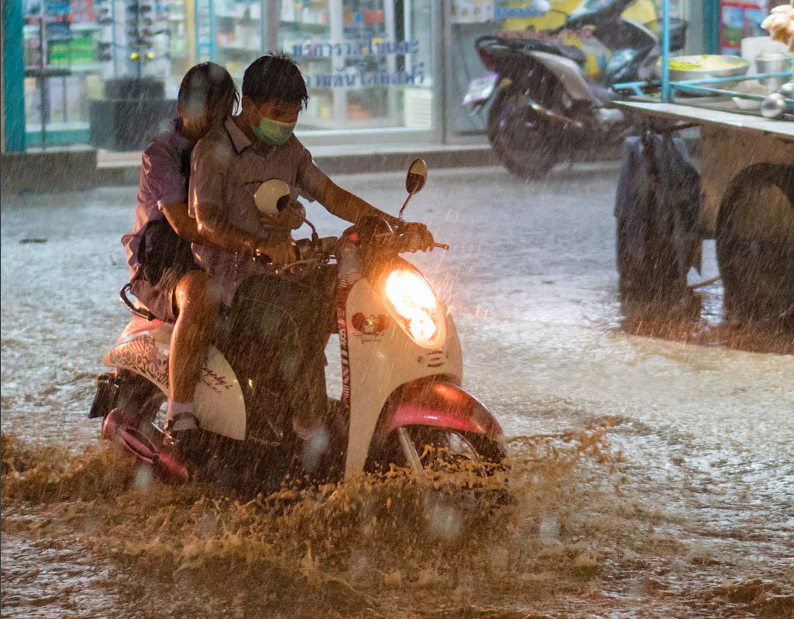 As nations gather for the latest round of climate talks in Glasgow, a new UN report called for urgent efforts to increase the financing and implementation of actions designed to adapt to the growing impacts of climate change.

The Adaptation Gap Report 2021: The Gathering Storm, from the United Nations Environment Programme (UNEP), found that while policies and planning are growing for climate change adaptation, financing and implementation are still far behind where they need to be.

In addition, the report finds that the opportunity to use the fiscal recovery from the COVID-19 pandemic to prioritize green economic growth that also helps nations adapt to climate impacts such as droughts, storms and wildfire is largely being missed.

“As the world looks to step up efforts to cut greenhouse gas emissions – efforts that are still not anywhere strong enough – it must also dramatically up its game to adapt to climate change,” said Inger Andersen, Executive Director of UNEP. “Even if we were to turn off the tap on greenhouse gas emissions today, the impacts of climate change would be with us for many decades to come. We need a step change in adaptation ambition for funding and implementation to significantly reduce damages and losses from climate change. And we need it now.”

Current promises under the Paris Agreement point to global warming of 2.7°C by the end of the century. Even if the world limits warming to 1.5°C or 2°C, as outlined in the agreement, many climate risks remain. While strong mitigation is the best way to lower impacts and long-term costs, raising ambition in adaptation, in particular for financing and implementation, is critical to keep existing gaps from widening.

USD 16.7 trillion of fiscal stimulus has been deployed around the globe, but only a small portion of this funding has targeted adaptation. Fewer than one third of 66 countries studied explicitly funded COVID-19 measures to address climate risks up to June 2021. At the same time, the heightened cost of servicing debt, combined with decreased government revenues, may hamper future government spending on adaptation, particularly in developing countries.

Some progress in planning and implementation

Meanwhile, implementation of adaptation actions continues to grow slowly. Data from the Organisation for Economic Co-operation and Development reveal that the top ten donors funded more than 2,600 projects with a principal focus on adaptation between 2010 and 2019. Projects are also getting bigger, with more projects attracting funding over USD 10 million.

Despite this progress, the report finds, further ambition is needed in financing and implementation.
The world needs to scale up public adaptation finance, through direct investment and by overcoming barriers to private sector involvement. More and stronger implementation of adaptation actions is needed to avoid falling behind on managing climate risks, particularly in developing countries. The world also needs to consider higher-end climate scenarios projected by the Sixth Assessment Report of the Intergovernmental Panel on Climate Change.

The report also found that governments should use the fiscal recovery from the pandemic to prioritize interventions that achieve both economic growth and climate change resilience. They should set up integrated risk management approaches and establish flexible disaster finance frameworks. Advanced economies should also help developing countries to free up fiscal space for green and resilient COVID-19 recovery efforts through concessional finance and substantive debt relief.