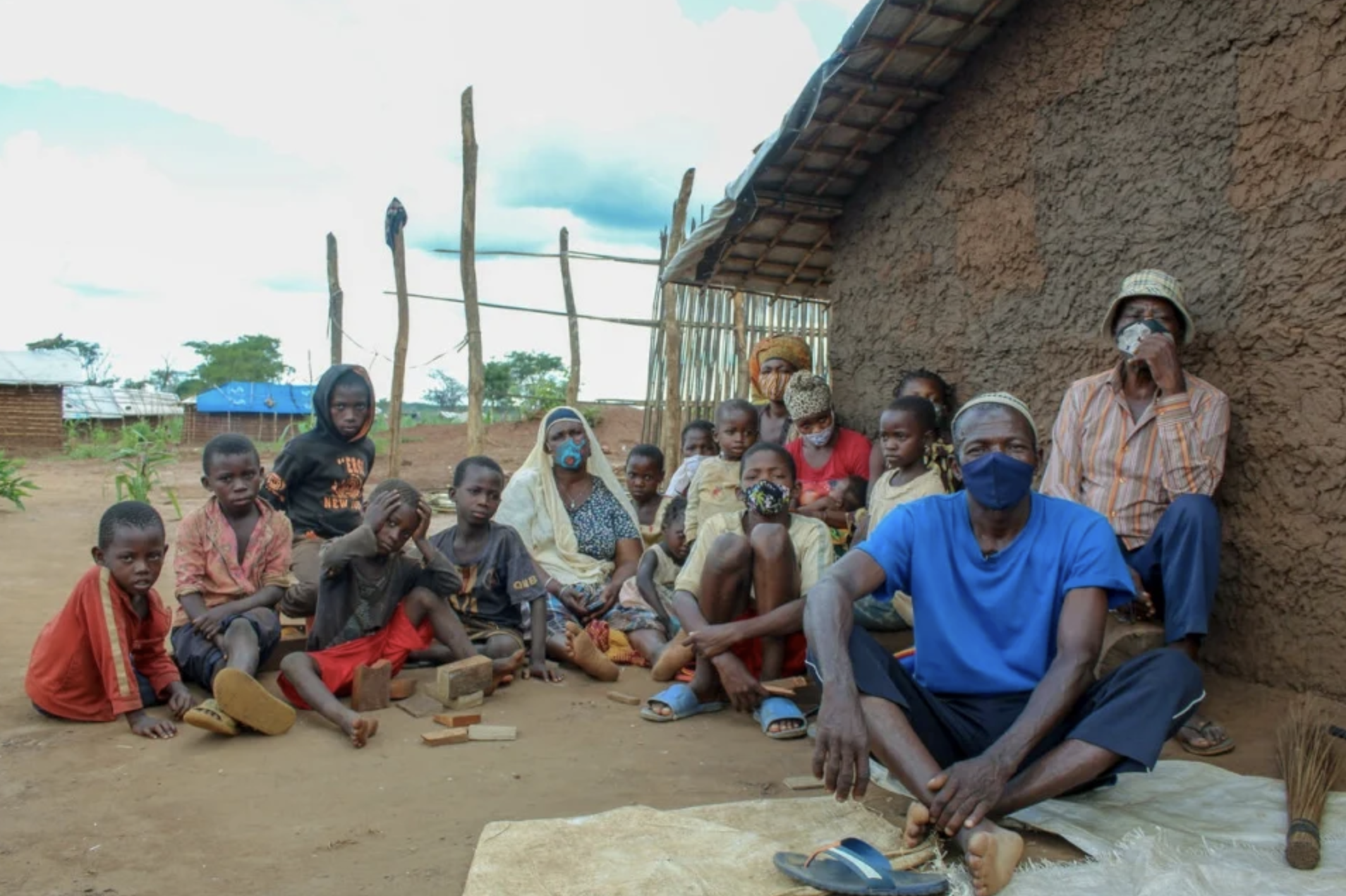 Some 670,000 people forced from their homes in Mozambique’s Cabo Delgado province in a crisis that has failed to hold the world’s attention.

Herculano and his wife Isabella left everything behind when they fled their village in Quissanga, a district in northern Mozambique’s Cabo Delgado province. They barely managed to flee with their ten children and eight grandchildren as nearby houses were razed.

“We fled because of the violence” said Herculano. “Everything I had, I lost it. People’s homes were burned and they were tortured. We saw the insurgents running after children to recruit them. We feared for the lives of our children.”

Herculano and his family are among 670,000 people who have been displaced by an escalating insurgency in parts of northern Mozambique. More than 2,000 people have been killed since the attacks began in 2017, accompanied by widespread reports of human rights abuses and disregard for international humanitarian law.

Herculano, 64, and Isabella, 50, described the moment they fled in February last year as an “episode of horror”. The family ran for hours, fearing the insurgents would catch them. When they stopped, they hid in thick vegetation, where they stayed for almost a week with limited water, no food and no shelter. Eventually, they walked to one of the main roads and begged for a ride on a truck to Pemba, the capital of Cabo Delgado.

“When we reached Pemba, our feet were swollen and we saw many unaccompanied children on the side of the roads,” says Isabella, who felt lucky to have made it out with her whole family.

Many of those fleeing are taken in by people in the local communities where they have found safety. Herculano and his whole family shared a small house with 40 other people for 10 months before being moved to a settlement for internally displaced people (IDPs) in Ancuabe district – about 110 km from Pemba.

Since October last year, the Mozambican government has been relocating IDPs to settlements located in nine districts across Cabo Delgado.

UNHCR, the UN Refugee Agency, is working with the authorities to monitor and respond to the needs of displaced and host communities. The humanitarian crisis in Cabo Delgado has been made worse with attacks continuing on the back of economic struggles exacerbated by the COVID-19 pandemic. The region is also still recovering from climatic shocks including cyclones and flooding and recurrent outbreaks of waterborne diseases.

Women and girls have been abducted, forced into marriages, in some cases raped, or subjected to other forms of sexual violence. The displaced population remains significantly vulnerable to gender-based violence (GBV), both when they were forced to flee and when they are displaced. Women raise concerns about the lack of lighting in the settlements and the fact that they do not feel safe in the evenings.

UNHCR’s Assistant High Commissioners for Protection, Gillian Triggs, and Operations, Raouf Mazou visited the area this week, and met with displaced people who shared their difficult experiences and concerns. They travelled to the provincial capital Pemba as well as Nanjua B – a relocation site in Ancuabe hosting 951 families, where Herculano and Isabella have settled.

“This is a true humanitarian tragedy. A disaster that brings all sorts of protection needs,” said Triggs.

“I spoke to a grandmother whose daughter was killed during the conflict and the father of the child was beheaded and the grandmother is now caring for that child. Another woman I met is caring for a stranger’s child who is now orphaned. This is common here, where women are caring for each other’s children, where the parents have been lost.”

Herculano often finds himself reminiscing about his life back in Quissanga, where he worked as a farmer and a carpenter. He had two houses and was able to provide for his extended family.

Next to their shelter in Nanjua B, Herculano has planted a small garden growing maize and sesame to help feed his family.

“It’s difficult for me, because since I’ve been here I haven’t managed to earn even a cent. We want peace and to live free.”

This article was written by Juliana Ghazi.