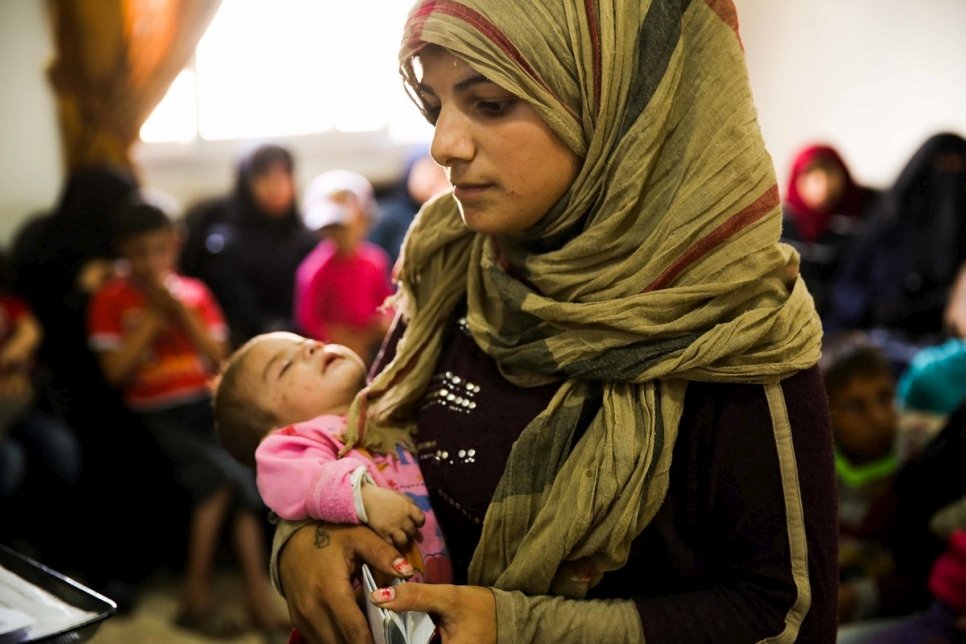 A joint report released today by UNHCR, the UN Refugee Agency, and the United Nations Children’s Fund (UNICEF), shows that in many countries women can face discrimination which obstructs or hinders their ability to register births, exposing their children to the risk of becoming stateless.

The latest analysis in the report “Sex Discrimination in Birth Registration” found that such barriers may exist in legislation or cultural norms which inform birth registration practices.

In some countries it is fathers or another male family member who are assigned the legal responsibility of registering a child’s birth and mothers can only do so in exceptional circumstances. If the father does not register the birth, the child may go unregistered.

In some settings, doctors, midwives, or tribal chiefs who attend a child’s birth are prioritized over the mother in the list of community members who have the right to register the birth.

In addition, there are countries where a mother’s legal right to register her child’s birth depends on her ability to prove that the child was born in wedlock, typically requiring a marriage certificate.

“Critical to preventing childhood statelessness is the ability of both parents to register the births of their children. Preventing women from having equal rights to do so risks leaving a child without a crucial form of legal identity and proof of entitlement to a nationality,” said Grainne O’Hara, UNHCR’s Director of International Protection.

Today, one in four children under the age of 5 are not registered at birth, according to UNICEF data. And even when they are, they may not have proof of registration. An estimated 237 million children under 5 years old worldwide are currently without a birth certificate.

A birth certificate serves as evidence of a child’s eligibility for nationality by proving the country in which they were born, and by documenting the identity of their parents.

“It is critical that all children are registered at birth to ensure their health and wellbeing,” said Cornelius Williams, UNICEF Associate Director of Child Protection. “Without a birth certificate, a child is at greater risk of statelessness and exclusion from essential services including health care and education. Our analysis shows clearly that governments around the world should take urgent action so that discrimination does not prevent women from registering the births of their children on an equal basis as men.”

The new report recommends steps that countries can take to remove discrimination from the process of birth registration, including legal reforms and awareness-raising among women, families and communities to support the rights of mothers and to increase understanding on the importance of birth registration. UNHCR and UNICEF jointly lead the Coalition on Every Child’s Right to a Nationality, established to address statelessness among children as part of the #IBelong Campaign to End Statelessness.

The Convention of the Rights of the Child, the most widely ratified human rights treaty in history, includes birth registration among the fundamental rights of children. Similarly, the Convention on the Elimination of all Forms of Discrimination Against Women calls on States to grant women equal rights with men with respect to conferral of nationality on their children. However, childhood statelessness remains a global problem, which can lead to successive generations of families who are not recognized as citizens of any country.