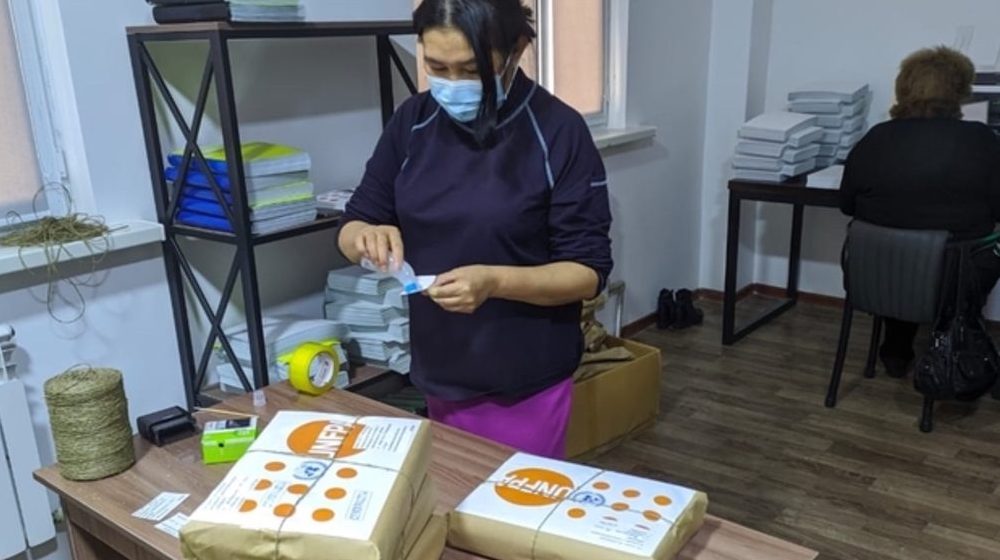 Reclaiming bodily autonomy for persons with disabilities in Kazakhstan

“All women, regardless of disability, have the right to decide whether to have a child, how many children to have, and how often,” said Lyazzat Kaltayeva, Chairperson of the Shyrak Association of Women with Disabilities in Kazakhstan.

Yet this right is routinely violated, and these violations are seldom reported. Recent studies show that only 0.5 per cent of all women with disabilities in Kazakhstan become mothers, and their abortion rates are 8 times higher than those without disabilities. These numbers are believed to reflect serious barriers to sexual and reproductive health services and information, which can be due to physical obstacles, not being supported in communicating their needs, or being unaware of their own fundamental rights.

Another contributing factor is the lack of information women and girls with disabilities receive about family planning or how to protect themselves from an unintended pregnancy, for example, because society perceives them as incapable of making their own choices. Women with intellectual disabilities in particular are often told not to have children, with many subject to forced sterilization, abortion or the use of contraceptives against their will.

With the aim of making a course correction on these dire statistics, the Shyrak Association has partnered with UNFPA to help women and young people with disabilities in Kazakhstan to freely decide if, when and how many children to have.

Accessible educational material in formats including Braille, audio and with sign language interpretation ensure their rights are clearly communicated and options for essential services made available. 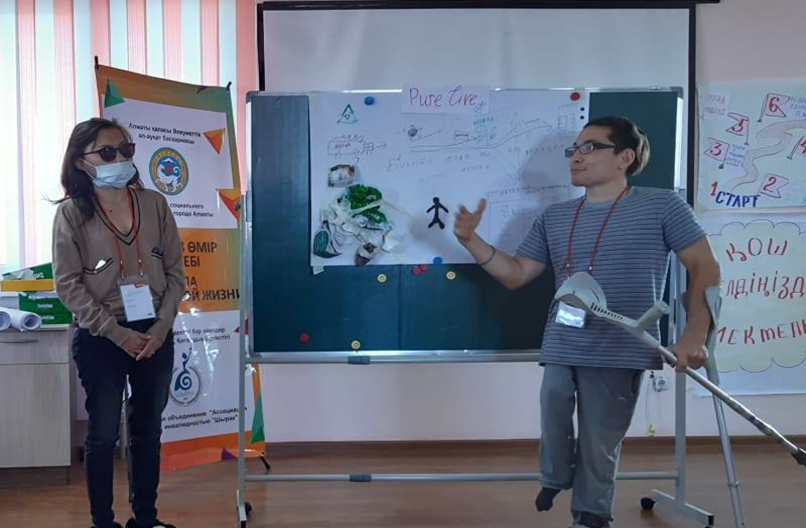 Trainers from the Shyrak Association deliver a course on sexual and reproductive health and rights to young persons with disabilities.

The Shyrak Association has also launched a new School for Independent Living project that trains young people in reproductive rights and health. Speaking of the changes she sees unfolding, Ms. Kaltayeva said: “We see how attitudes are shifting, with an awareness of the rights of persons with disabilities and in their own responsibility for their lives and the health of their offspring. Graduates of our schools have since become parents and created their own thriving family units.”

Shyrak’s ​initiatives place bodily autonomy firmly at the centre of their mission, addressing sexual and gender-based violence and promoting the human rights of women with disabilities to make their own decisions on their bodies, health and motherhood.

Highly vulnerable to isolation, stigma and prejudice, girls and boys with disabilities globally are up to three times more likely to suffer physical, sexual, and emotional violence, with girls at the greatest risk. Young women and girls with disabilities have the least access to prevention, response and support services, leaving them yet more vulnerable to sexual abuse and unintended pregnancies.

“We regularly see people facing discrimination based on their disability and gender. They have little to no control over their own lives or decisions about their sexual and reproductive rights – these decisions are being taken by other people, by family members or medical staff,” said Ms. Kaltayeva, who believes the collaboration between the Shyrak Association and UNFPA will make valuable headway in addressing this injustice.

Your body, your health, your choice

The pandemic has exacerbated gender inequalities, gender discrimination and gender-based violence, including for women and girls with disabilities. Under these conditions, protection measures and sexual health information are more in need than ever.

“There is always demand for this type of information,” said Saltanat Tleukenova, a librarian at the Republican Library for People with Visual Impairments. “Due to the lockdown we allocate two hours per every reader. We already have people queueing to read the book in Braille on reproductive health and rights. Even I found a lot of useful information in the publication for myself.”

The third of December is recognized as the International Day of Persons With Disabilities. For UNFPA, this is an opportunity to raise awareness about the rights of all people to access sexual and reproductive health services and information, and to live free of violence and discrimination in all spaces.

Society and decision-makers need to acknowledge that people with disabilities have the same rights as everyone else,” Ms. Kaltayeva emphasized.  “Their voices deserve to be heard.”