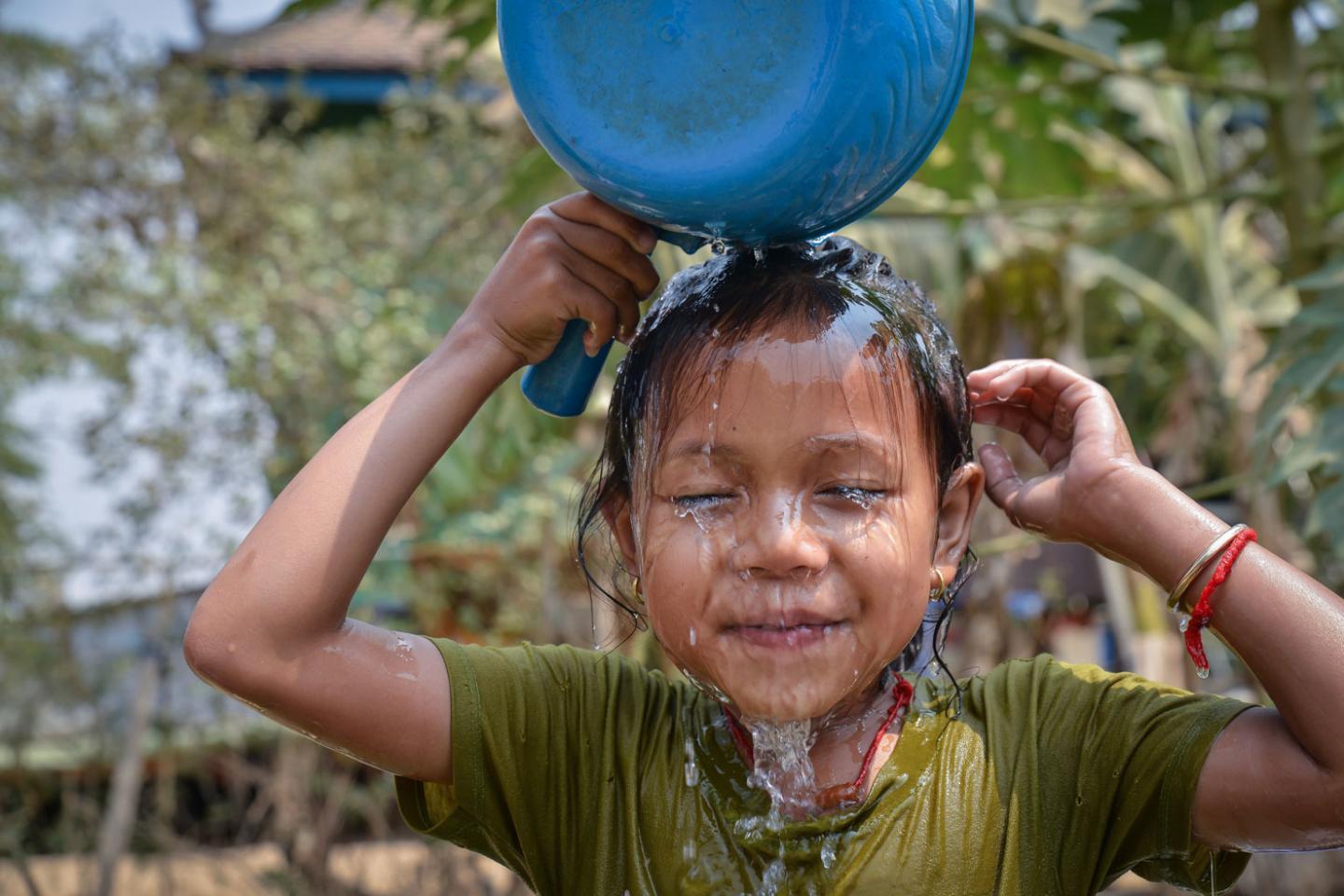 No child should have to drink dirty water

Clean water is something many people take for granted, when they’re thirsty they simply turn on a tap or open a bottle of water.

But this is not the case for an estimated 1 in 3 people around the world who lack access to safe drinking water. Many rely on water from rivers, lakes or shallow wells that can be contaminated with faecal matter, spreading deadly diseases, including cholera and diarrhoea.

Diarrhoea remains a leading killer of young children, with over 700 children under five dying every day from diarrhoea linked to inadequate water, sanitation and hygiene. Many more children regularly miss school because they are too ill to attend, compounding levels of inequality in already disadvantaged communities.

Andrew became infected with cholera in his village in Malawi. He was so ill his mother thought she was going to lose him. “We took him to the health centre,” says his mother Benalita. “They told me he had cholera. He stayed there for a week. I was so scared.” Thankfully, Andrew recovered.

Andrew’s sister Lucy also regularly became ill from the same water source, missing weeks of school at time. “I had diarrhoea so many times. I would stay at home for around two weeks until I got better,” says Lucy. “I missed a lot of lessons.”

Safe drinking water and adequate sanitation are fundamental to ensure children are healthy and can attend school. To support this, UNICEF works with governments and communities to test household and community water sources for faecal contamination.

However, current testing approaches are time consuming, taking 18 to 24 hours to produce results. Many national water surveys used to monitor progress against Sustainable Development Goal 6 (clean water and sanitation) also rely on lab testing, but water sources in rural communities can be too far from facilities for samples to arrive in time. This means these communities are often left out of monitoring surveys.

To change this, UNICEF is working with industry to develop a faster and simpler test through the Rapid Water Quality Testing innovation project, which if achieved has the potential to help create a massive global impact for children.

“Much of the equipment used is too bulky to carry to remote locations and requires training to ensure samples are not contaminated. It can also be complex to interpret the results.” One testing approach even requires the water surveyor to strap the samples to their waist and incubate them for 24 hours with their body heat.

With current testing products being both time consuming and impractical for remote settings, UNICEF and government partners are limited in their ability to undertake regular testing, support communities to understand the risk their drinking water poses or launch community-led water quality monitoring programmes.

In many countries, a key element of UNICEF, partners and government water and sanitation programming is helping communities understand how diseases spread, says Esther. “It would be difficult for a team of strangers to visit a community, ask for a water sample and come back several days later and say, ‘this is what we found in your water’. Communities are less likely to buy into the result as they cannot see and trust how it was achieved.”

“If we had a product that was easier to use – where community workers could test a few drops of water and receive a result in a few hours – we could easily communicate the risk to communities.”

“Communities could also be trained to use the new tests, and through this be empowered to monitor the safety of their own drinking water on an ongoing basis.”

Cutting the time in half

In 2016, UNICEF launched a target product profile to guide and encourage industry to develop a rapid test to be deployed at the community level in remote and resource poor settings.

“It’s extremely exciting,” says Esther. “We’re taking a piece of equipment that UNICEF has used for more than 10 years and completely redesigning the product based on new technology and science.”

Already, products that can return a result in under 10 hours have been identified and are currently being validated along with the World Health Organization. If successful, these will cut the time in half.

However, more still needs to be done. UNICEF is working with industry to guide and incentivize innovators to develop an even faster test aiming for a product that can return an instant result.

“What we really need is a product that can return a result within a working day to support UNICEF behaviour change programmes. The difference will come when it’s two hours or less. That’s the game changer.”

Rapid tests will also support a proactive response to cholera outbreaks, preventing children like Andrew and Lucy from becoming ill.

Thanks to decades of experience, UNICEF is able to map cholera hotspots and preposition supplies ahead of the rainy season to support a rapid response in case of an outbreak.

However, a faster, easy-to-use water test would allow for greater and more precise monitoring, helping UNICEF pre-empt an outbreak before it deteriorates into an emergency.

“Access to clean water means more children are in school, parents can go to work and earn an income because they do not need to stay home to care for their sick children, and more young children survive – because so many of the deaths from cholera and diarrhoea are preventable.”

Without access to clean water, children are at risk of life-threatening diseases. The Rapid Quality Water Testing project will mean more children have access to safe drinking water, ensure better health outcomes and help prevent thousands of deaths in young children each year.