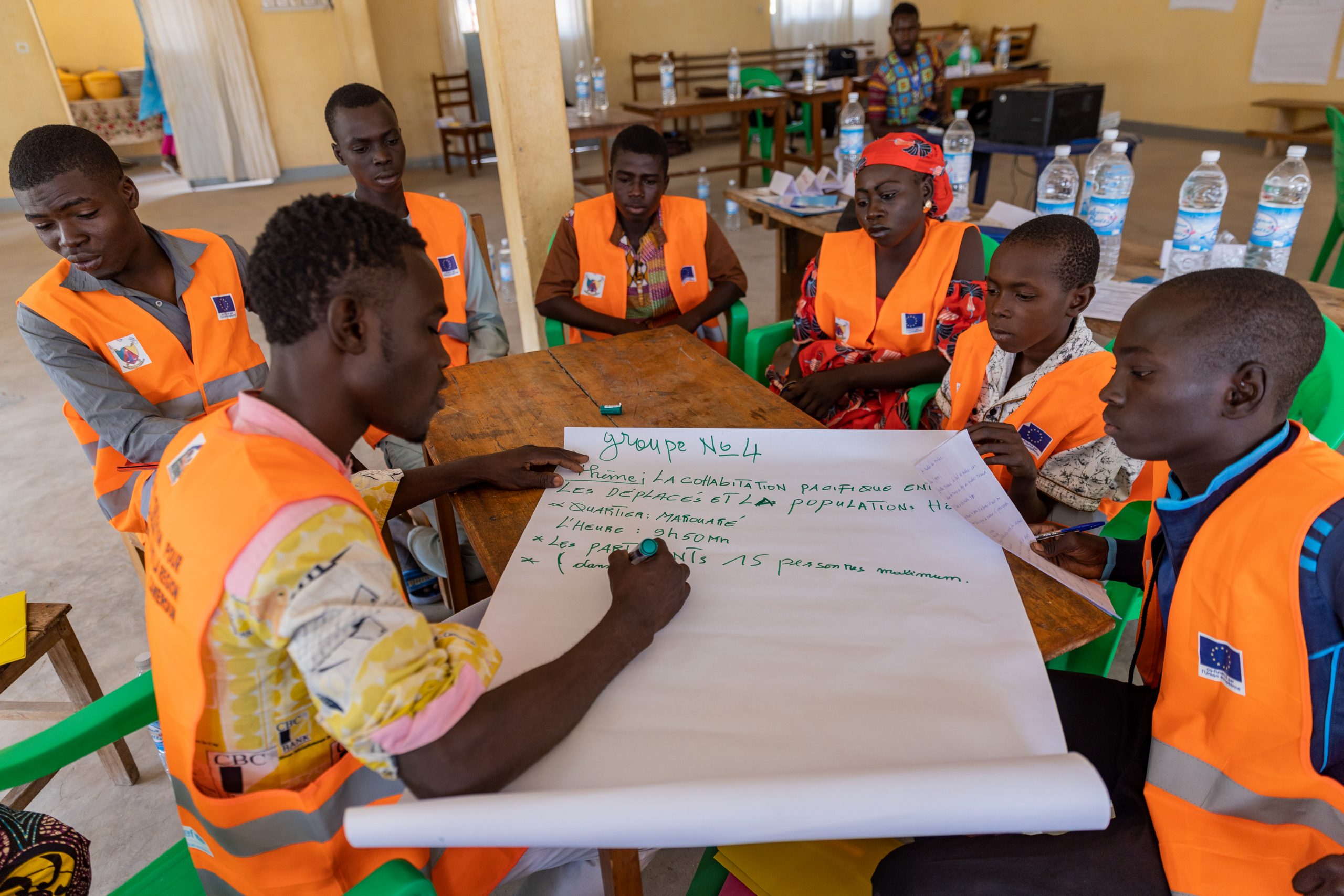 In Defense of Civic Space

The recently concluded COP 26 brought to the fore, once again, the age-old question of whether activism – and civic engagement more broadly – undermines or boosts democratic life. “Greta Thunberg’s radical approach is at odds with democracy”, says Christopher Caldwell on the New York Times. No, “we need Greta Thunberg more than ever”, rebuts India Bourke on The New Statesman. As we wrestle with many difficult questions about the future of democracy, it is important that we take the time to carefully consider this issue as well as its implications for governance policy and practice around the world.

The state of global affairs and people’s views as documented in multiple opinion surveys across countries leave little doubt regarding the fact that democratic institutions and processes are showing signs of strain in the face of enormously complex challenges. There is also little doubt that securing an inclusive public sphere which allows all citizens to have a say on matters affecting their lives will be essential to making such institutions and processes fit for purpose in the reality of today’s world. But what are we talking about exactly, when we talk about an “inclusive public sphere”?

For much of the last decade, we have observed growing skepticism towards democracy as a form of government, a significant rise in protest movements and, in many countries, a deepening disconnect between citizens and the state. These are complex and often highly context-specific phenomena which cannot be reduced to a single set of causes. However, in their diversity, they all point in the same direction: the “public” in “public sphere” cannot be confined to the halls (or corridors) of state institutions.

There is compelling evidence in fact that, if we are to achieve Agenda 2030’s ideal of just, peaceful and inclusive societies, we need a much broader public sphere – a public sphere that reaches into communities and provides for meaningful venues, in addition to the traditional forms of political representation, where people can freely come together, express opinions and organize for collective action. We need, in other words, enabling civic spaces.

To be clear: free and fair elections (and the institutions that come with them, such as political parties and parliaments) are the lifeline of democracy. They are vitally important and need to be valued and protected. However, voting is also a very imperfect system to secure public input into decision-making. Elections face citizens with fairly blunt choices – this or that person, this or that party – and necessarily take place only at fairly long intervals. For this reason, civic engagement – in its different forms – is critical to ensuring that citizen voices are fully heard and taken into account.

But there is more to the importance of civic engagement.

People’s active participation is necessary to further the accountability of public institutions and evidence shows that, under appropriate circumstances, it can contribute to reduced corruption. Collective action has historically played a major role in complementing state and market service delivery to ensure that everybody’s needs are met. And citizen mobilization can have a significant impact in transforming attitudes and behaviours in ways that are conducive to peace and sustainable development.

It is said sometimes that restrictions to civic space are necessary to maintain social and political stability, particularly in times of crisis. However, denying people space for peaceful, legal and constructive engagement does not make their feelings of anger and dissatisfaction go away. To the contrary, it pushes these feelings underground, where they are more easily mobilized into violence. In this sense, an investment in civic space is an investment in resilience.

The Universal Declaration of Human Rights adopted in the aftermath of the Second World War as a roadmap to “freedom, justice and peace in the world” unequivocally recognizes that people have a right to actively participate in the conduct of public affairs in a multiplicity of ways, including – as clarified by the Human Rights Committee – by “exerting influence through public debate and dialogue with their representatives or through their capacity to organize themselves”.

Nonetheless, over the last years, we have been witnessing a widespread erosion of the freedoms of expression, association and peaceful assembly which, combined with the harassment of activists, media personnel and human rights defenders, is resulting in a significant shrinking of civic space globally. For this reason, in his Call to Action for Human Rights, the UN Secretary General is appealing to all actors to do more to nurture civic space as an essential public good – and to defend it, when it comes under threat.

Building on the vision in the recently approved Strategic Plan, UNDP is committed to working with partners around the world to make sure that citizens’ expectations for voice and participation are met by open, safe and inclusive civic spaces. This commitment materializes in a variety of initiatives – from fostering social accountability in Liberia, to supporting a more inclusive constitutional process in Chile; from promoting participatory governance at local level in Bangladesh, to exploring innovative funding modalities for civil society organizations in the Western Balkans, just to mention a few.

In addition, UNDP is committed to working closely with both state authorities and civil society actors to promote regulatory frameworks that are in line with international human rights standards relevant to civic space. We are delighted to have collaborated with the International Center for Not-for-Profit Law to produce the publication “Legal frameworks for civic space: a practical toolkit”, which is being released today and we look forward to using this resource in our engagement with partners at country, regional and global level.

Coming back to our starting point. The events unfolding in Glasgow over the last weeks reconfirmed that responding adequately to the climate emergency will require nothing short of a radical transformation of our ways of life at many levels, including deeply entrenched production and consumption patterns. It is also clear that such a transformation will only be possible through a whole-of-society approach, based on broad-based citizen buy-in and mobilization. Once again, we are reminded that development challenges are also governance challenges and that we urgently need a public sphere that is fit for today’s world.