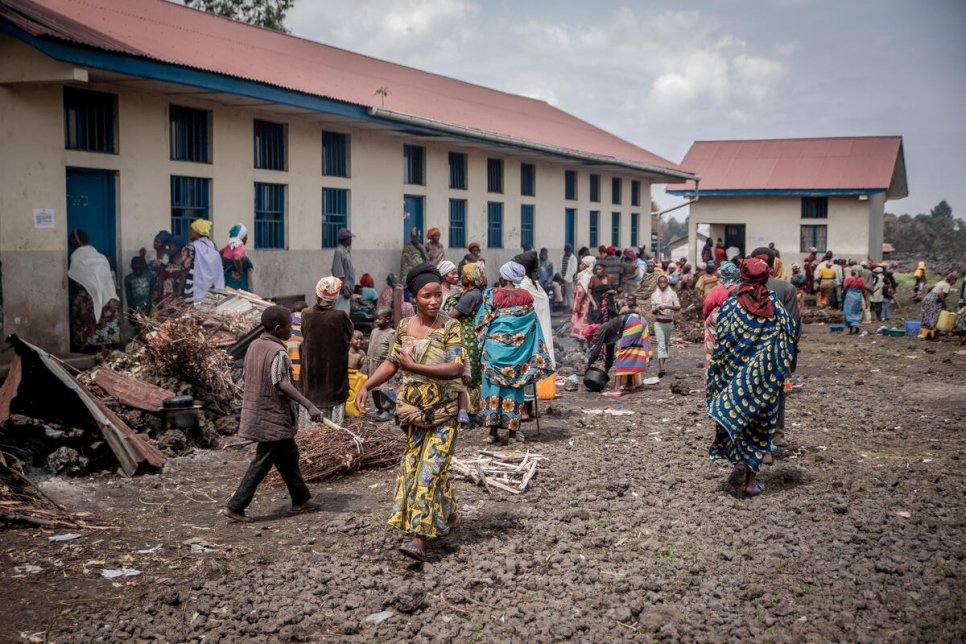 The trend in rising forced displacement continued into 2021 – with global numbers now exceeding 84 million – as more people fled violence, insecurity and the effects of climate change, according to the Mid-Year Trends report released today by UNHCR, the UN Refugee Agency.

The report, for January-June 2021, showed an increase from 82.4 million at end 2020. This resulted largely from internal displacement, with more people fleeing multiple active conflicts around the world, especially in Africa. The report also noted that COVID-19 border restrictions continued to limit access to asylum in many locations.

“The international community is failing to prevent violence, persecution and human rights violations, which continue to drive people from their homes,” said Filippo Grandi, the UN High Commissioner for Refugees. “In addition, the effects of climate change are exacerbating existing vulnerabilities in many areas hosting the forcibly displaced”.

Nearly 51 million people are now internally displaced, as conflict and violence flared around the world during the first half of 2021. Much of the new internal displacement was in Africa, including in the Democratic Republic of the Congo (1.3 million) and in Ethiopia (1.2 million). Violence in Myanmar and Afghanistan also forced people from their homes between January-June 2021.

The lethal mix of conflict, COVID-19, poverty, food insecurity and the climate emergency has compounded the humanitarian plight of the displaced, most of whom are hosted in developing regions.

Solutions for forcibly displaced populations remain in short supply. Under 1 million internally displaced people and 126,700 refugees were able to return home in the first half of 2021.

“The international community must redouble its efforts to make peace, and at the same time must ensure resources are available to displaced communities and their hosts. It is the communities and countries with the fewest resources that continue to shoulder the greatest burden in protecting and caring for the forcibly displaced, and they must be better supported by the rest of the international community,” Grandi added.

Global displacement statistics can be accessed at https://www.unhcr.org/refugee-statistics/.