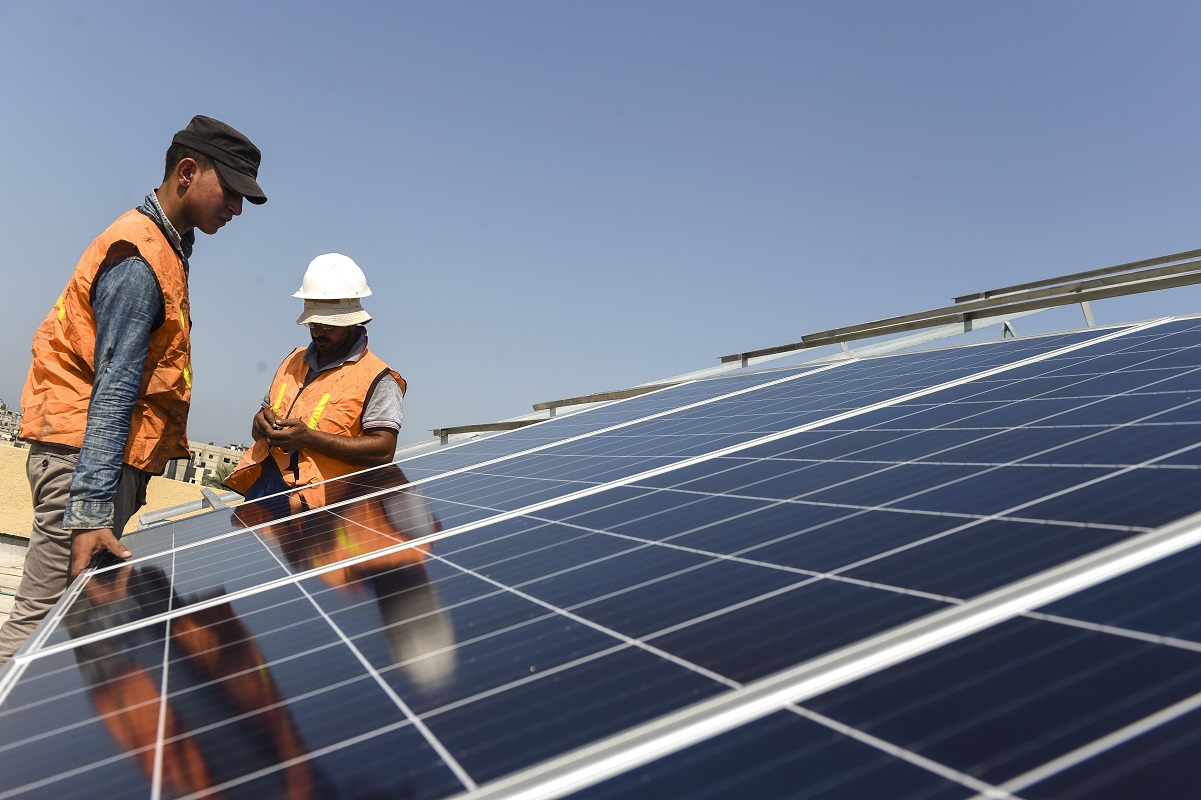 New commitments at UN energy summit a major stride towards affordable and clean energy, but much work ahead to halve energy
access gap by 2025

New multi-billion-dollar commitments to increase renewables and access to electricity and clean cooking technologies were announced today at a critical UN energy summit aimed at boosting efforts to reduce the ranks of nearly 800 million people living without electricity and the 2.6 billion people living without access to clean cooking while setting the world on a trajectory towards net-zero-emissions by 2050.

More than US$400 billion in new finance and investment was committed by governments and the private sector during the UN High-level Dialogue on Energy, the first leader-level meeting on energy under the auspices of the UN General Assembly in 40 years.

Over 35 countries — ranging from Small Island Developing States to major emerging and industrialized economies — made significant new energy commitments in the form of Energy Compacts. Additionally, several new partnership initiatives were announced, aiming to provide and improve access to reliable electricity to over a billion people.

The new commitments would result in large increases in the installed capacity of renewable energy and significant improvements in energy efficiency around the world — leading to hundreds of new renewable energy facilities and the creation of millions of new green jobs.

The energy summit took place as world leaders grapple with the critical urgency to keep the 1.5 degrees temperature target of the Paris Agreement within reach, and cut emissions by 45% by 2030, while closing the energy access gap and providing more than one billion people who currently rely on harmful fuels with clean cooking solutions. The new commitments showcase the bold actions needed to meet the targets of Sustainable Development Goal 7 (SDG 7).

In addition to the announcements of commitments, the Dialogue will also produce a global roadmap for action and timelines needed through 2030 to meet the targets for clean, affordable energy for all set out in Sustainable Development Goal 7, towards net-zero emissions by 2050 in line with the Paris Agreement on Climate Change.

The roadmap, which will be presented in the summary of the Dialogue by the Secretary-General, will call on governments, businesses and civil society organizations to close the energy access gap by 2030, and accelerate the clean energy transition by tripling investments in clean energy and energy efficiency by 2030. It also calls for phasing out coal by 2030 for OECD countries and 2040 for all others, and shifting fossil fuel subsidies to renewable energy investments, while creating new decent and healthy jobs and ensuring a just, inclusive transition. The roadmap draws on inputs from expert working groups and was discussed at Ministerial-level forums in June.

Recent reports from the IPCC and UNFCCC have shown that countries are not moving fast enough on climate action to avert disastrous consequences, and that even if countries met all their NDC commitments under the Paris Agreement, the collective impact would be only a fraction of what is needed to limit warming to 1.5 degrees Celsius.

In addition to mobilizing voluntary commitments, the Energy Compacts can help by encouraging countries to outline the detailed set of energy actions that they have planned to meet their targets and providing an avenue to build partnerships and resources. By engaging business, foundations, civil society organizations and other key players, the Compacts are advancing concrete multi-stakeholder solutions and partnerships needed to achieve greater impact.

More than 150 Energy Compacts from national and local governments, businesses, foundations and international, civil society and youth organizations from every region were submitted for the Dialogue, reflecting actions and finance commitments through 2030.

Clean energy funding committed by national governments and the private sector in these Compacts amounted to more than $400 billion for access and transition. On top of this, several foundations and industry associations aimed to leverage large amounts of additional finance for SDG 7.

On energy access, national governments committed to provide reliable electricity to over 166 million people worldwide; private companies pledged to reach just over 200 million people; and a number of foundations and business associations promised to pursue partnerships to reach hundreds of millions of additional people.

Presently, close to 760 million people still lack access to electricity and some 2.6 billion people lack access to clean cooking solutions. It is estimated that the cost of closing the energy access gap is about $35 billion dollars a year for electricity access and $25 billion dollars a year for clean cooking. The annual investment in clean energy and energy efficiency required to achieve net-zero emissions by 2050 is estimated to be $4.4 trillion.

Commitments under the Energy Compacts could also give a huge boost to renewable energy worldwide. National governments committed to install an additional 698 gigawatts (GW) of clean energy from solar, wind, geothermal, hydro and renewables-based hydrogen, and businesses, notably power utilities, pledged to install an additional 823 GW, all by 2030. Several partnerships and industry associations promised to mobilize an additional 3500 GW of renewables by 2030. One gigawatt is roughly equivalent to the output of 500 onshore wind turbines. The Energy Compacts also include commitments to save energy equivalent to more than 7000 GW by implementing efficiency measures.

The production and use of energy is also the main cause of the climate crisis, accounting for about 75 per cent of total greenhouse gas emissions and making decarbonization of the energy system essential.

A signal of what is possible

“The commitments coming through this process led by UN-Energy are a real signal of what is possible,” said UN Secretary-General António Guterres. “I am pleased to see several of the major emitters – countries and sectors – demonstrating leadership through the High-Level Dialogue process along with bold commitments to act.”

“Access to clean, renewable energy is, quite simply, the difference between life and death,” he added.  “We must solve these challenges this decade. And we must start today. Without deep and rapid decarbonization of our energy systems over the next 10 years, we will not reach the Paris Agreement goal of limiting temperature rise to 1.5 degrees. This will be fatal to the Sustainable Development Goals.”

“So we have a double imperative,” the Secretary-General said. “To end energy poverty and to limit climate change. And we have an answer that will fulfil both imperatives. Affordable, renewable and sustainable energy for all.”

Mr. Guterres also called for closing the energy access gap by 2030. “That means cutting in half the number of people without access to electricity by reaching 500 million people by 2025. And it means providing over 1 billion people with access to clean cooking solutions by 2025.“

In line with the need to continue raising ambition, additional Energy Compacts are expected to be registered in the months ahead, including in the lead-up to the November Climate COP 26, as momentum grows and partnerships are expanded. Progress on the Compacts will be tracked through the 2030 target year, with annual reporting through a publicly transparent online database.

Under the leadership of its Co-Chairs, Achim Steiner, Administrator of UNDP, and Damilola Ogunbiyi, the Special Representative of the UN Secretary-General for Sustainable Energy for All, who have also served as Co-Chairs of the High-level Dialogue, UN-Energy will continue to spearhead transformational commitments and partnerships and sustain the momentum created by the Dialogue, including the Energy Compacts. UN-Energy brings together over 25 UN System entities and key partners for collaboration in the field of energy. Serving as the Secretariat for UN-Energy is UN DESA, under the leadership of Under-Secretary-General Liu Zhenmin, who also served as Dialogue Secretary-General. Given the global challenges at hand, UN-Energy will be further strengthened to help translate the global roadmap into concrete actions.